Wyrd Of The Wolf: The Unification Of Saxon Southern England (Large Print / Paperback) 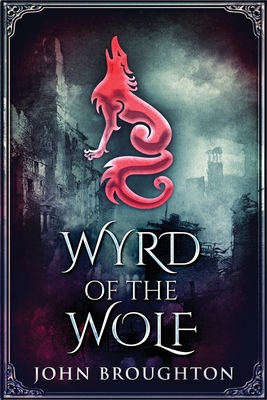 Among the political and religious upheaval of seventh century England, nobody is safe.

As the old gods are eroded by the new church and and ambitious men vie for power, blood is shed throughout the land. In the south, ealdorman Aelfhere believes that for his only daughter, 16-year-old Cynethryth, marriage to a Saxon king is the way to security. And so, against her own wishes, Cynethryth is betrothed.

Yet as battle rages around her, Cynethryth too becomes a victim of war. Taken prisoner by the warrior invaders, she is forced into the presence of another Saxon king, who would also have her for his wife. A man she actually loves.

Allying herself against her father and her own people in a grisly war, she becomes a key element of events that continue to influence England today.

This is the large print edition of Wyrd Of The Wolf, with a larger font / typeface for easier reading.