This Book Betrays My Brother (Paperback) 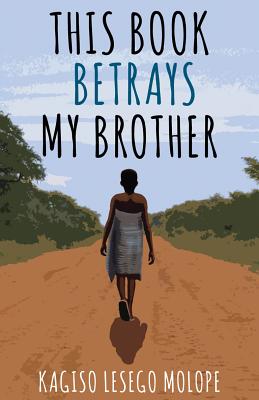 Fiction. Women's Studies. LGBTQIA Studies. Winner of the Ottawa Book Awards prize for English Fiction. What does a teenage girl do when she sees her beloved older brother commit a horrific crime? Should she report to her parents, or should she keep quiet? Should she confront him? All her life, Naledi has been in awe of Basi, her charming and outgoing older brother. They've shared their childhood, with its jokes and secrets, the alliances and stories about the community. Having reached thirteen, she is preparing to go to the school dance. Then she sees Basi commit an act that violates everything she believes about him. How will she live her life now? This coming-of-age novel brings together many social issues, peculiar not only to South Africa but elsewhere as well, in the modern world. Molope's prose is exhilarating and she shines in the development of a character that you not only root for, but are desperate to defend. Quill and Quire, Editor's Choice This poignant novel presents us with a girl on the cusp of womanhood desperately trying to navigate the dissonant sociocultural imperatives placed on men and women in her society. Kirkus Reviews, starred review A powerful read, THIS BOOK BETRAYS MY BROTHER, covers important topics such as racism, sexism, poverty, and sexual assault. Amy Mathers, National Reading Campaign The author examines the many systemic forces involved in maintaining a society that protects its chosen sons as it vilifies its daughters who choose to speak up...a timely and worthy choice for any public or school library. School Library Journal

Kagiso Lesego Molope was born and educated in South Africa. Her first novel, Dancing in the Dust (Mawenzi House) was on the IBBY Honour List for 2006. Her second novel, The Mending Season, was chosen to be on the school curriculum in South Africa. This Book Betrays My Brother was awarded the Percy Fitzpatrick Prize by the English Academy of Southern Africa, where it was first published. She lives in Ottawa.