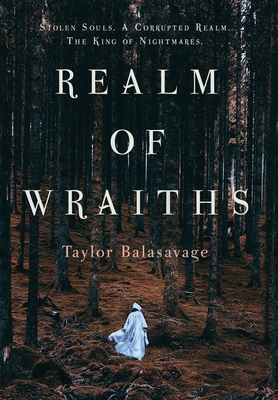 By Taylor Balasavage
$29.99
Usually Ships in 1-5 Days
(This book cannot be returned.)

STOLEN SOULS.A CORRUPTED REALM.THE KING OF NIGHTMARES.
"Death, it seemed, was truly like slipping from one room to the next."
Sonnet is an ordinary seventeen-year-old girl from the farmland continent of Enya-until she dies and slips into a new realm. Tucked away on the damp and foggy cliffside known as Foxcoast, Sonnet joins a group of outcasts known as the Soul Stealers. Lurking beneath their enchanting powers and alluring kinship are sacrifices far more sinister than Sonnet could have imagined.

"This was not a realm of wraiths, I decided angrily. This was a realm of liars."
After the Stealers admit their souls are being corrupted, Sonnet must decide where her loyalties lie. She can return to what she thinks is her old life or learn to harness powers of her own to fix the Stealers' corruption. But never seeing her family again is not the only thing Sonnet has at stake. The Stealers may not be souls like her after all, but monstrous wraiths that feed on the essence of the living. And if she doesn't find a way to stop their lies, corruption, and feeding...she'll become one of them.