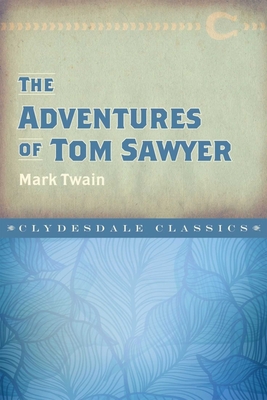 Packaged in handsome, affordable trade editions, Clydesdale Classics is a new series of essential works. From the musings of literary geniuses such as Nathaniel Hawthorne in The Scarlet Letter to the striking personal narrative of Harriet Jacobs in Incidents in the Life of a Slave Girl, this new series is a comprehensive collection of our literary history through the words of the exceptional few.

One of Mark Twain’s most beloved and respected novels, The Adventures of Tom Sawyer presents a tale of two young boys, their antics and adventures in the fictional town of St. Petersburg, Missouri.

Tom, a young boy with a knack for getting into trouble, finds himself and best friend Huck Finn at the center of a very diabolical situation. One night, while Tom and Huck Finn are in a graveyard, they witness a murder. Terrified, they flee from the spot and swear that they will never reveal their secret to anyone. This sets off a chain of events in which Tom and Huck find themselves entangled, with dangerous men in pursuit to track them down.

Timeless and read by generation after generation, The Adventures of Tom Sawyer is one of Twain’s finest novels. Rediscover the adventure with this edition.

Mark Twain was born Samuel Langhorne Clemens in Missouri in 1835. He is the author of several American classics, including The Adventures of Huckleberry Finn, The Adventures of Tom Sawyer, and A Connecticut Yankee in King Arthur’s Court. Often referred to as “The Father of American Literature,” Twain is hailed as one of the greatest writers of all time. Additionally, he was an avid inventor and entrepreneur and worked as a riverboat pilot for a few years of his life. In 1910, he passed away in Redding, Connecticut.