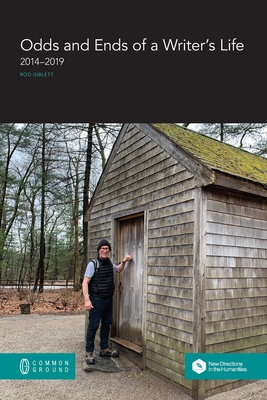 Following in the footsteps of Traces of an Active and Contemplative Life 1983-2013 published by Common Ground Research Networks in 2013 which brought together previously published and unpublished articles written over the past 30 years, Odds and Ends of a Writer's Life: 2014-2019 brings together some previously published articles and unpublished papers written over the past six years. This recent work addresses many of the same concerns and follows many of the same lines pursued in Traces, such as place, people, past, present and future across a range of genres and brings them together in a multi-faceted and fascinating collection. The first three chapters reflect on where the author lived and what he lived in--the place and the house--for more than 25 years. The subsequent chapters include three books reviews, an invective poem written on the inauguration of Donald Trump as the 45th President of the United States in January 2017 and a satirical essay about Trump. 'Symbiosis and the Symbiocene' was written for a lexicon of significant words. The two chapters that follow reflect on the author's thirty-year interest in wetland cultures and proffer the table of contents and an introductory chapter for a proposed anthology of writings about wetlands. The following two chapters reflect on Henry David Thoreau's life and work. The penultimate chapter, 'Born in Borneo, ' describes the scary circumstances of Giblett's birth in Borneo and reflects on his stateless status for the first 18 months of his life. The final chapter brings together some tentative jottings.