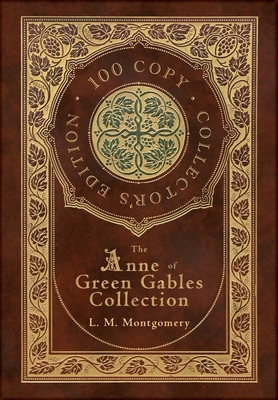 The Anne of Green Gables Collection includes Anne of Green Gables, Anne of Avonlea, Anne of the Island, Anne's House of Dreams, Rainbow Valley, and Rilla of Ingleside. The six books in this collection recounts the adventures of Anne Shirley, an orphan girl, as she grows up on Prince Edward Island. As a child, Anne is mistakenly sent to live with Matthew and Marilla Cuthbert, a middle-aged brother and sister who had intended to adopt a boy to help them on their farm. The series depicts Anne's experiences with living in a new town and becoming a woman.

Since publication, Anne of Green Gables has sold more than 50 million copies and has been translated into 20 languages. Written for all ages, it has been considered a children's novel since the mid-twentieth century. It has been adapted as film, made-for-television movies, animated, and live-action television series and is taught to students around the world.

This cloth-bound book includes a Victorian inspired dust-jacket, and is limited to 100 copies.