My Next Life as a Villainess: All Routes Lead to Doom! Volume 8 (Paperback) 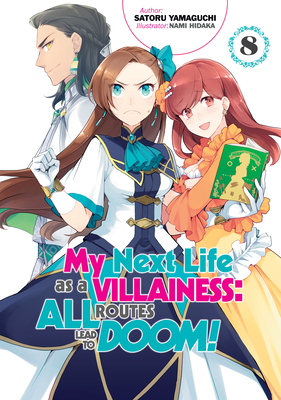 Katarina was reincarnated as the villainess of an otome game. Now that the game's events have passed, all she wants to do is live a peaceful life working at the Magical Ministry with her friends. But things are never that easy -- Katarina has now found herself living in the sequel to the original game

This time, her character's fate is supposed to include getting her hands on some powerful Dark Magic and then her defeat at the hands of the heroes. Although she's done her best to avoid going down this path, she's now ended up with a Dark Familiar (Pochi, the puppy) and the Dark Covenant in her possession

Katarina still has no idea how to escape certain doom, and now she suddenly has to attend some kind of international event at the castle. Could this be part of the sequel game too?