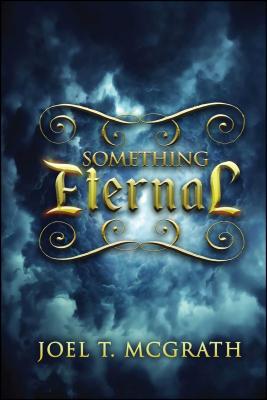 Free will is an illusion, destiny is a lie, and the truth is something in-between.

In our time, faith and wonder have disappeared. Most believe in what is seen, others in what is heard, yet a few know something eternal guides them.

Once, immortals had a singular vision—until the Shroud appeared. Now thousands of years of human history have been shaped by something other than humankind. Two immortal factions have developed a long-standing and ever-growing divide. Unseen to human eyes, immortal knights are trying to protect our world from the Shroud’s manipulations.

Yet, as the pendulum of power fluctuates between the immortal knights and the Shroud, an ancient evil arises. Dwellers threaten to unveil the immortals’ mystical, cloaked presence to the eyes of humanity.

Today, the most dangerous is that which is least likely, and the truly impossible lies in changing one’s mind.

And so begins the epic journey…

Joel T. McGrath resides in the beautiful state of New Hampshire with his wife and pets. He is the eighth of nine children and is a nurse by profession. He is a movie and TV aficionado with a penchant for Transformers. Growing up in Boston, he became a lifelong fan of the Celtics, Patriots, and Red Sox.