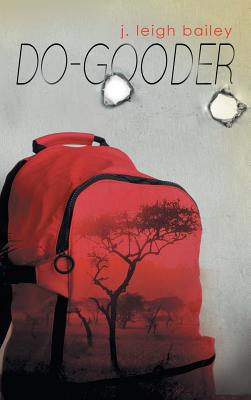 Seventeen-year-old Isaiah Martin knows what they say about good intentions, and he finds out it's all true. After all, he had the best of intentions when he stepped in to stop a friend from making a terrible mistake, but when he's caught with his friend's gun, no one believes him. As punishment, Isaiah is forced to pack his bags and join his missionary father in politically unstable Cameroon, Africa.

Isaiah's father also has good intentions, and he devotes all his time to them, so he sends Henry, a mysterious and attractive do-gooder, to act as Isaiah's chaperone-and hopefully keep him out of trouble. But once again, the best-laid plans quickly go awry and Isaiah and Henry are abducted by enemy soldiers. If they want to live through their ordeal, they'll have to work together and learn to trust each other until they're rescued-or come up with a plan to save themselves and hope, for once, nothing goes wrong.