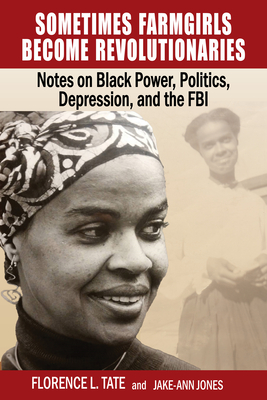 Sometimes Farmgirls Become Revolutionaries is Florence Tate's memoir and covers her political work and career, including early memories as one of the first black reporters at the Dayton Daily News, to becoming communications director for political organizations including the ALDCC (African Liberation Day Coordinating Committee) and National Urban Coalition. Also covered are her years as Marion Barry's communications director during his candidacy and first year as mayor of D.C., and her tenure as press secretary for Rev. Jesse Jackson during his historic 1984 presidential campaign. Becoming an ardent Pan Africanist who spent time in various African countries in the 70s, the memoir includes observations from Florence's experiences at the Sixth Pan African Conference (6PAC), as well as conversations and letters from heads of African nations amassed during her time running the African Services Bureau. It records her eventual blackballing and denunciation in the 80s by many in the Black activist circle for her support of UNITA, the Angolan revolutionary party headed by the infamous Jonas Savimbi, and the devastation she suffered when Savimbi killed a family of young Angolan revolutionaries she'd embraced during the violent civil war. Tate recalls her earliest years in Jim Crow Tennessee and poignantly recounts her struggles as an abandoned child who grew to raise her own family while battling an often debilitating, life-long clinical depression. Her first-person narrative is punctuated with personal accounts and memories of friends, including civil rights lawyer Michael Tarif Warren and New York Times writer Paul Delaney.