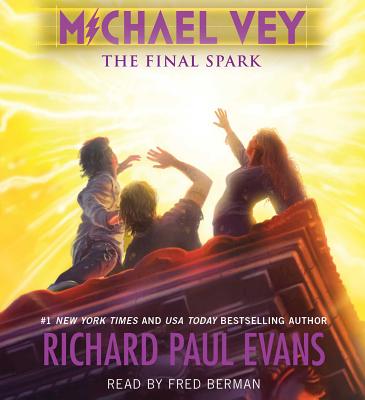 Michael Vey is missing and it’s up to the Electroclan to find him in this electrifying seventh installment of the New York Times bestselling series!

The final book in the Michael Vey series opens with the Electroclan facing a devastating loss: Michael is missing. He made the ultimate sacrifice to save his friends and now he’s gone. What is next for them and the revolution?

The battle on the island of Hades ended with a devastating explosion that left the island a smoking ruin and much of Hatch’s army dead. However, Hatch survived and while his plans have certainly suffered a setback, he’s more determined than ever to bring the world’s governments under his control. But first, he wants to wipe out the Resistance and capture the remaining members of the Electroclan.

As Hatch’s forces storm into action, it seems nothing can stand in their way. The Electroclan is divided. The voice is captured, and Michael’s mother is being used as bait to lure the leader of the Resistance out of hiding. Can anything—or anyone—stop the Elgen? Or is this the end?