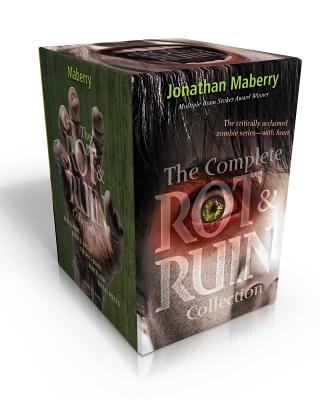 In the Rot & Ruin, it’s a matter of death and life. All five books in the action-packed zombie series Booklist calls “an impressive mix of meaning and mayhem” are now available in one paperback boxed set.

In the zombie-infested world Benny has grown up in, teens must work once they turn fifteen. Benny isn’t interested in the family business, but he reluctantly agrees to train as a zombie killer with his big brother Tom. He expects a dull job, whacking zoms for cash. What he discovers is a vocation that will teach him what it really means to be human.