Against All Odds: A Basketball Story (Paperback) 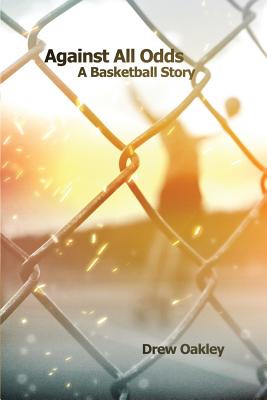 Against All Odds is a story of two best friends who became brothers. Jamal's family abandoned him and he was taken in by his best friend Kevin's family when they were young. Both boys have a passion for basketball and, even though they are not related by blood, they are closer than most.

Jamal is destined for a life as a pro basketball player and is the best high school student in the country. Kevin, on the other hand, is one of the smallest kids in school and is mainly on the basketball team since he is Jamal's brother. All is going well for the brothers until tragedy strikes. Jamal, after being hit by a car, struggles on the road to recovery and must find a new passion in life outside of basketball. Kevin attempts to become the leader of the basketball team and overcome his physical limits. Jamal pushed Kevin to conquer his fears both in basketball and his love life by asking out a girl.

Against All Odds touches upon the universal themes of perseverance, overcoming hardship, hope, friendship, love, hard work, and determination.

Drew Oakley has always had a lifelong love for basketball. After growing up in Beverly, Massachusetts, he is now a student at UMass Boston where he is part of the Honors College as a Psychology major. Growing up in an era where Boston sports teams were dominant, he ended up being a huge sports fan. Oakley grew up playing basketball, soccer, and baseball. He was always undersized compared to his peers and he had to work harder than most to make up for it. This helped mold him into a hard worker and it is a reason is he is a fan of underdogs like Kevin and Jamal. This can be seen in his character Kevin. Against All Odds is his first published work.