The Comedy Of Errors (Paperback) 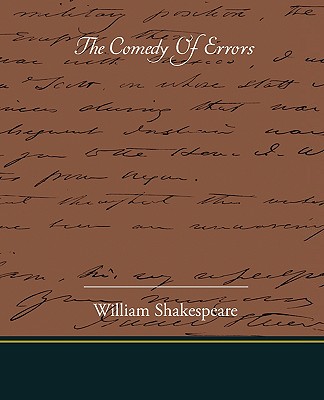 Shakespeare's archetypal slapstick comedy, now with updated jokes and wordplay. One of Shakespeare's earliest plays, The Comedy of Errors is a farcical tale of separated twins and mistaken identities. This slapstick play is a staple of the genre, including madcap bawdiness, love at first sight, reunions, and happily-ever-afters. Christina Anderson's translation dives deep into the joy of the original text, reinterpreting the metaphor, antiquated slang, and double and triple entendre for a contemporary audience. This translation of The Comedy of Errors was written as part of the Oregon Shakespeare Festival's Play On project, which commissioned new translations of thirty-nine Shakespeare plays. These translations present work from "The Bard" in language accessible to modern audiences while never losing the beauty of Shakespeare's verse. Enlisting the talents of a diverse group of contemporary playwrights, screenwriters, and dramaturges from diverse backgrounds, this project reenvisions Shakespeare for the twenty-first century. These volumes make these works available for the first time in print--a new First Folio for a new era.

Christina Anderson's plays include The Ripple, The Wave That Carried Me Home; How to Catch Creation; pen/man/ship; The Ashes Under Gait City; Man in Love; Blacktop Sky; Hollow Roots; and Drip. She is an assistant professor of playwriting at SUNY Purchase.