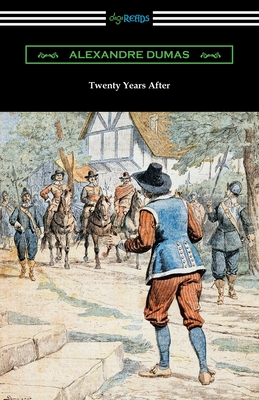 First serialized in 1845, Alexandre Dumas' "Twenty Years After" is the second part of the "D'Artagnan Romances", the first sequel to "The Three Musketeers". It was followed by "The Vicomte de Bragelonne", which was first serialized in 1847. Dumas's beloved characters return for more adventurous duty, and as the title suggests, two decades have elapsed since D'Artagnan and his friends have prevailed over the evil machinations of Cardinal Richelieu and the icy Milady. However, danger and political intrigue still abound in both France and England, where the former is on the brink of civil war and the latter is nearly in the control of Cromwell. Due to the scheming of Cardinal Mazarin and the malevolent Mordaunt, son of Milady, the retired Musketeers find themselves whisked out of retirement and directly into the center of danger and intrigue as they fight to save the young Louis XIV in France and Charles I in England from plots against the monarchs. Dumas' story is full of the chaotic swirl of stratagems, conflicted loyalties, and thrilling battles as the valiant and aging Musketeers fight for Queen and country. This edition is printed on premium acid-free paper.