The Three Theban Plays: Antigone, Oedipus the King, and Oedipus at Colonus (Translated by Francis Storr with Introductions by Richard C. Jebb) (Paperback) 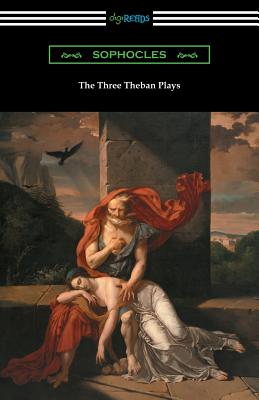 Sophocles, along with Aeschylus and Euripides, is considered one of three important ancient Greek tragedians. Writing during the 5th century BC, Sophocles created some one hundred and twenty three plays during his lifetime, of which only seven have survived in their entirety. In this edition are included the three "Theban" plays, which are widely considered his most important works. This collection of dramas includes "Antigone" the story of its title character, a strong heroine whose complete commitment to familial duty brings her to challenge the will of her king; "Oedipus the King," the legend of Oedipus who is exiled as an infant by his royal father because of a prophesy of patricide and incest; and "Oedipus at Colonus," a drama which finds Oedipus at the end of his life caught between the warring kings of Athens and Thebes who each desire that Oedipus's final resting place be in their respective lands. These tragedies are some of the finest examples from classical antiquity and their influence on the development of modern drama cannot be overstated. This edition is printed on premium acid-free paper, follows the translations of Francis Storr, and includes introductions by R. C. Jebb.