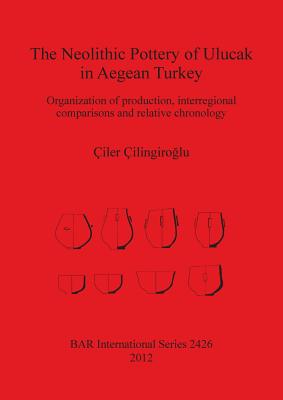 The core of this study encompasses the presentation of the pottery analysis from Levels IV-V at Ulucak Mound in Izmir, Turkey, in order to reveal the site's cultural-historical and chronological position within the greater Neolithic context of Turkey andthe Aegean. The research makes both comparisons on ceramic fabrics and vessel morphology, as well as in some cases other archaeological material, enabling a discussion on the possible contemporaneity of the sites in different regions. By comparing and contrasting the contemporary sites from these regions it is possible to construct relative chronologies and assess Ulucak's relative chronological position by combining ceramic data with absolute dates. Such analysis allows further insights into the cultural-historical position of Ulucak in the greater context of Anatolia and the Aegean. Inclusion of areas such as the Bor-Melendiz Plain, the Konya Plain, Thrace, northeast Bulgaria, the Struma Valley, the Macedonian Plain, and Thessaly are especially important as pottery sequences from these regions have never before been compared to central-western Anatolian sites in such detail.