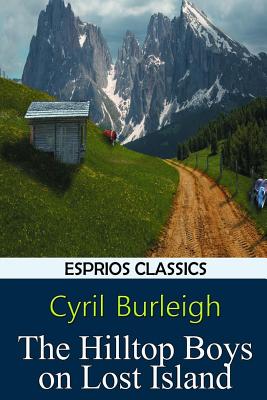 Cecil Burleigh (1850-1921) was an American writer of sea stories, railroad adventures, comic stories and historical fiction for Frank Tousey publications. After the deaths of George G. Small and Edward E. Ten Eyck in 1886, Burleigh continued their comic stories using their original pseudonyms until 1910. He also wrote his stories under many pseudonyms such as: Albert J. Booth, Caleb Burt, Kit Clyde, Capt. Will Dayton, Cyril Burleigh and others. He published his stories in Boys of New York, the Five Cent Comic Library, Golden Weekly, Happy Days, Liberty Boys of '76, Snaps and Young Men of America. His works include: The Hilltop Boys: A Story of School Life (1917), The Hilltop Boys in Camp (1917), The Hilltop Boys on Lost Island (1917) and The Hilltop Boys on the River (1917). "Well, if this is a life on the ocean wave or anything like it, I am satisfied to remain on shore." "I knew that the Hudson river could cut up pretty lively at times, but the frolics of the Hudson are not a patch on this.