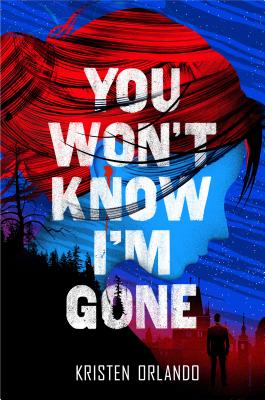 By Kristen Orlando
$10.99
Not Yet Published

This is book number 2 in the The Black Angel Chronicles series.

A teen spy has to prove herself to an elite group of special agents—and avenge her mother's death—in the second book in the thrilling young adult Black Angel Chronicles from the author of You Don't Know My Name.

Going rogue in an effort to rescue her kidnapped parents has cost Reagan Hillis her automatic ticket to the Training Academy. But becoming a Black Angel is the only way Reagan will be able to exact revenge on her mother’s merciless killer, Santino Torres.

When Reagan is given a chance to prove that she’s worthy of training to be a Black Angel, she also gets the first chance she’s ever had to be her true self. No aliases. No disguises.

"The fast-paced sequel . . . will have fans salivating for the next installment. . . . A good selection for high school collections that thrive on series, secret agents, spy craft, and kick-ass heroines who stagnate in isolation." —School Library Journal

Writing is one of the great loves of Kristen Orlando’s life and she has been lucky enough to make it her living, first as a television producer, then as a marketer and now as a novelist. Kristen graduated with a B.A. in English literature from Kenyon College. She lives in Columbus, Ohio with the other great love of her life, Michael. You Don’t Know My Name is her debut novel.

Praise for You Don't Know My Name:

"Orlando strikes a fast-paced, flirty, and mostly believable balance between timely teenage conflicts . . . and pure peril . . . This one’s a page-turner, and the unexpectedly catastrophic conclusion—and lingering promise of sweet revenge—suggests Orlando, much like Reagan, is just getting started." —Booklist

"At its core, [this] is an action-packed novel about searching for oneself in the midst of heavy expectations . . . A solid addition to high school collections, especially those with patrons who love stories of spy craft and secret identities, with a splash of romance." —School Library Journal

"This is my ideal sort of book, full of tension, action, romance, family issues, and a girl struggling to figure out her identity. Kristen Orlando has created a kick ass character-literally!-I was won over instantly. I can't wait for the sequel!" —Sara Shepard, #1 New York Times— bestselling author of The Pretty Little Liars series