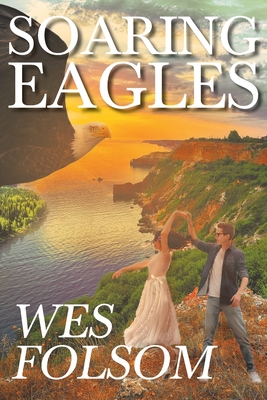 A DAZZLING DEBUT IN YA SPORTS-FICTION

What if a mountain-boy runner with failing vision wants to win a cross-country championship and his training partner is an American bald eagle?

"Soaring Eagles is an inspiring tale of rising up when you have fallen--showing the power of forgiveness." - Jim Ryun, first high-schooler to break 4-minute mile, a world record holder, Olympic Medalist, and U.S. Congressman.

Soaring Eagles reveals the trials and romance of seventeen-year-old Billy Cline, whose running family is persecuted for three generations in the Smoky mountain town of Rockside.

As a boy, Billy rescues an eaglet in a tornado and is hailed a hero as the "Eagle Boy." For years "Victory" soars mysteriously over Billy who trains to restore his father's lost honor.

Enter Jenny, a Scottish lass with a golden voice and iron will. Cross town rivalries for love and a cross-country championship force Billy to a special boys' home run by his Pa's old coach. A new team and a lightning strike changes everything

Sabotage Arson A shooting Billy's rivals challenge his team to a dangerous and secret life-or-death match race along rugged cliffs. Can Billy's band of rejected brothers use teamwork and a hopped-up wheelchair with sidecar, the Eagle 7, to survive?

Will Billy and his team embrace their coach's wise advice? "To soar like eagles...take off the weight of unforgiveness."

A RACE FOR... the heart of his Love, the respect of his Team, the rights of the Physically Challenged