Infinite Horizons: The Life and Times of Horace Holley (Paperback) 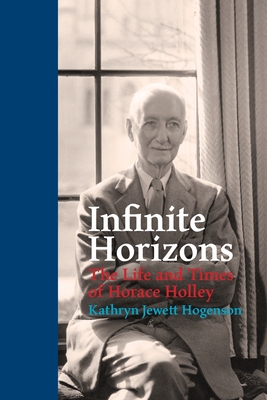 This book tells the story of a unique life, of one who was part of a turning point in history and left his indelible imprint on it. It encompasses the sweeping story of the development of the North American Bah ' community between 1914 and 1959.Horace Holley spent his energies and talents on building a better world, one he knew he would never live long enough to see. Yet this is not simply the story of someone who was exceptionally farsighted, it is the tale of a man who developed an unusual ability to read the times, to perceive and understand what was happening around him in the world and, through putting his thinking into words and action, set in motion revolutionary changes. He stood at the centre of many transitions: in the arts, in war and peace, but most of all, in the development of a new religion - the Bah ' Faith.

From the moment Horace first learned about Bah 'u'll h and accepted Him, he set about promoting the ideals and teachings of the Bah ' Faith both within the community of believers and to the public at large, especially among leaders of thought. Securing world peace was perhaps his greatest interest and desire. Exploring how the establishment of international institutions could bring that about, he ultimately concluded that a world government based upon spiritual principles wedded to the elimination of elements of national sovereignty was the only solution.

Thus began his efforts, under the guidance of Shoghi Effendi, in the construction of the Bah ' Administrative Order which he believed in the fullness of time would become the system adopted by the peoples of the world to govern the planet. As the old structures administering the nations were being torn down through two World Wars, Horace Holley was among the handful of devoted Bah ''s quietly, unnoticed, busily building up the new. He was among the main individuals laying down the foundation stones. He was a champion builder starting the erection of the edifice that would govern mankind in the future, that would save it. Laying the groundwork for the establishment of that embryo of a future world government - the Universal House of Justice - became his overarching objective. In his later life, the word often used to describe him was 'luminous'. Little wonder, then, that in 1951, Shoghi Effendi appointed him to the first contingent of those named as Hands of the Cause of God. As the fortunes of the Bah ' Faith rise, as the numbers of its adherents and supporters increase, and as its capacity to remake society grows, Horace Holley's accomplishments will be judged with greater clarity. Only then will humanity acknowledge the debt it owes to this quiet spiritual giant.