The Dawning of Scarlett (Paperback) 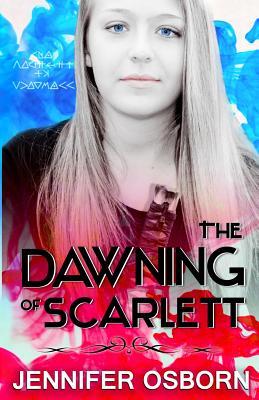 As a pale revenant--the vampire faction believing all life is sacred--sixteen-year-old Scarlett Ellis has learned to hide in the human world. She goes to night-school, works at a coffee shop, and her uncle Chasem trains her in martial arts. No matter what, she has to be prepared, because when she turns seventeen, she'll be of Dawning age--and her biological father Apollo vows to see her dead first.

Expecting her Dawning to be impossible, she accepts the fact that she will become a rogue, forever hunted by revenant renegades and outcast by her own people. Scarlett thinks she's prepared for this--until the curly-haired Nicholas Lightener walks into her life and asks her out on a date.

Torn between her feelings for Nick and the danger of the revenant world, Scarlett's strange life is turned inside-out when she's kidnapped and forced to do the one thing she swore she'd never do. Plus, she has no idea whose memories keep appearing in her dreams, or if they can even help her. Determined to free herself from a death sentence, Scarlett must fight to become who she was born to be.