Between Truth and Lies (Paperback) 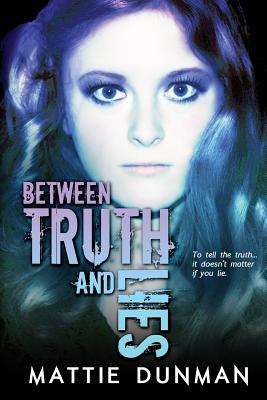 To tell the truth...it doesn't really matter if you lie.

It's impossible to lie to Derry MacKenna. For as long as she can remember, Derry has been plagued by the extraordinary ability to hear, see, and feel the truth. But when Derry and her erratic, self-centered mother move to historic Harpers Ferry, she discovers she is not the only one with hidden talents. As the newest reporter on the school newspaper, Derry learns of a high school student's unexpected suicide and recognizes that the truth behind her death may still be hidden. When tragedy strikes, Derry is drawn into a deadly battle of wits with the only person whom her abilities don't affect. Driven by guilt and an obsession with bringing the killer to justice, Derry finds herself in danger from a vindictive murderer, a sadistic deviant who preys on the weak, and trapped in the middle of a treacherous triangle of attraction between two brothers whose abilities rival her own. Derry must trust her instincts to guide her to the truth and bring her enemies to justice even as she fights for her own survival.

BETWEEN TRUTH AND LIES focuses on a gifted, intelligent, and loyal heroine who must contend not only with the inherent dangers of high school bullying and backstabbing, but with loss, grief, and guilt. Against issues of sexual abuse, teenage suicide, and destructive relationships, the heroine learns to cherish the strength of real friendship, understand accountability, and experiences the healing touch of first love.

"The author does an excellent job of exploring what a gift like Derry's would mean in real life...Most refreshing is the severing of several YA tropes in interesting and welcome ways."
--- Publishers Weekly