The Book of Greek and Roman Folktales, Legends, and Myths (Hardcover) 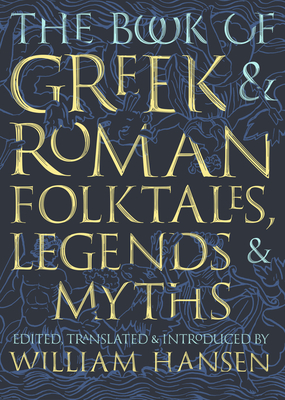 Captured centaurs and satyrs, talking animals, people who suddenly change sex, men who give birth, the temporarily insane and the permanently thick-witted, delicate sensualists, incompetent seers, a woman who remembers too much, a man who cannot laugh--these are just some of the colorful characters who feature in the unforgettable stories that ancient Greeks and Romans told in their daily lives. Together they created an incredibly rich body of popular oral stories that include, but range well beyond, mythology--from heroic legends, fairy tales, and fables to ghost stories, urban legends, and jokes. This unique anthology presents the largest collection of these tales ever assembled. Featuring nearly four hundred stories in authoritative and highly readable translations, this is the first book to offer a representative selection of the entire range of traditional classical storytelling. Set mostly in the world of humans, not gods, these stories focus on figures such as lovers, tricksters, philosophers, merchants, rulers, athletes, artists, and soldiers. The narratives range from the well-known--for example, Cupid and Psyche, Diogenes and his lantern, and the tortoise and the hare--to lesser-known tales that deserve wider attention. Entertaining and fascinating, they offer a unique window into the fantasies, anxieties, humor, and passions of the people who told them. Complete with beautiful illustrations by Glynnis Fawkes, a comprehensive introduction, notes, and more, this one-of-a-kind anthology will delight general readers as well as students of classics, fairy tales, and folklore.

William Hansen, professor emeritus of classical studies and folklore at Indiana University, Bloomington, is one of the world's leading authorities on classical folklore. His books include Classical Mythology: A Guide to the Mythical World of the Greeks and Romans, Ariadne's Thread: A Guide to International Tales Found in Classical Literature, and Anthology of Ancient Greek Popular Literature. He lives in Bloomington.