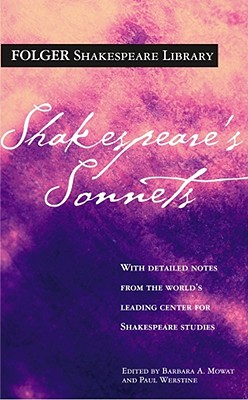 The authoritative edition of Shakespeare’s Sonnets from The Folger Shakespeare Library, the trusted and widely used Shakespeare series for students and general readers, includes:

-Full explanatory notes conveniently placed on the facing page of each sonnet
-A brief introduction to each sonnet, providing insight into its possible meaning
-An index of first lines
-Illustrations from the Folger Shakespeare Library’s vast holdings of rare books
-An essay by a leading Shakespeare scholar providing a modern perspective on the sonnets

The Folger Shakespeare Library in Washington, DC, is home to the world’s largest collection of Shakespeare’s printed works, and a magnet for Shakespeare scholars from around the globe. In addition to exhibitions open to the public throughout the year, the Folger offers a full calendar of performances and programs. For more information, visit Folger.edu.