The Gifts Of Life: A Multi-Award Winning Fantasy Adventure (Paperback) 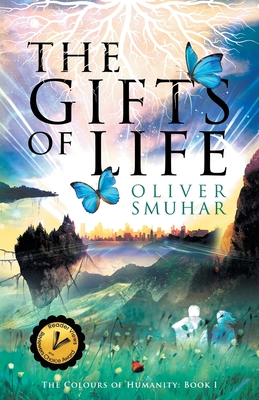 A multi-award winning debut akin to The Hunger Games, Game of Thrones and Deltora Quest, creating a modern fantasy adventure fuelled by survival with a new twist on extraordinary powers.

Inside this book hides a magical world that is celebrating something special It's that time of year where every major city gathers for another Ascension Day. But this year it's different.
Inside, awaiting and resting, are Perry's powers. On this day, he, his friends and everyone else who lives and breathes, can use their powers through the ceremony of a godlike light. But this day is different
Inside the White City there is an evil army. After the destruction of his home, Perry finds himself lost with his best friend, his sister and their servant, Bailey, an Ever who leads them to safety.
Outside, on their journey, the group is forced to use their powers. But as time fades, so does their humanity Releasing their gifts of life to the world, only leads to mutation. And what was, may never be, but this time it's different
From the plains of the White City, Kelton Whide, to the forest of the Green City, Everbreen, nature takes its course. And where the Panda talks, a Masked Man mumbles and many white orchids turn to red, what is sacrificed inside this book leaves this magical world truely in awe