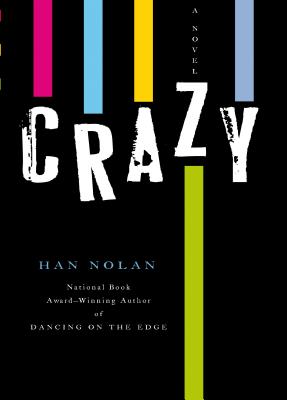 Powerful fiction from National Book Award-winning author Han Nolan.Fifteen-year-old Jason has fallen on bad times—his mother has died and his father has succumbed to mental illness. As he tries to hold his crazy father and their crumbling home together, Jason relies on a host of imaginary friends for guidance. Both heartbreaking and funny, Crazy provides more of the intense and compelling characters Han Nolan is praised for.

* "Nolan leavens this haunting but hopeful story with spot-on humor and a well developed cast of characters, and she shows with moving clarity the emotional costs of mental illness, especially on teens forced to parent their own parents."--Booklist, starred review

* "In this distinct and effective blend of sorrow and humor, Jason, once invisible to his classmates and used to the chaos at home, suffers the effects of change when he's enrolled in a lunch-hour group therapy with other wayward teens and his father is taken away...he slowly learns, with the help of his new friends and foster parents, normalcy and how to care for himself first."--Kirkus Reviews, starred review