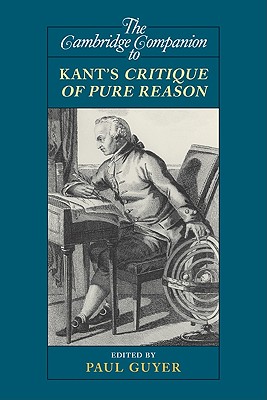 Immanuel Kant's Critique of Pure Reason, first published in 1781, is one of the landmarks of Western philosophy, a radical departure from everything that went before and an inescapable influence on all philosophy since its publication. In this massive work, Kant has three aims. First, he constructs a new theory of knowledge that delivers certainty about the fundamental principles of human experience at the cost of knowledge of how things are in themselves. Second, he delivers a devastating critique of traditional speculative metaphysics on the basis of his new theory of knowledge. Third, he suggests how the core beliefs of the Western metaphysical tradition that cannot be justified as theoretical knowledge can, nevertheless, be justified as objects of moral faith because they are the necessary conditions of the possibility of moral agency. Kant started this third project in the Critique of Pure Reason but would go on to complete it in two other works, Critique of Practical Reason and Critique of the Power of Judgment. The Cambridge Companion to Kant's Critique of Pure Reason is the first collective commentary on this work in English. The seventeen chapters have been written by an international team of scholars, including some of the best-known figures in the field as well as emerging younger talents. The first two chapters situate Kant's project against the background of Continental rationalism and British empiricism, the dominant schools of early modern philosophy. Eleven chapters then expound and assess all the main arguments of the Critique. Finally, four chapters recount the enormous influence of the Critique on subsequent philosophical movements, including German Idealism and Neo-Kantianism, twentieth-century Continental philosophy, and twentieth century Anglo-American analytic philosophy. The book concludes with an extensive bibliography.