The Naval War of 1812: A Complete History (Paperback) 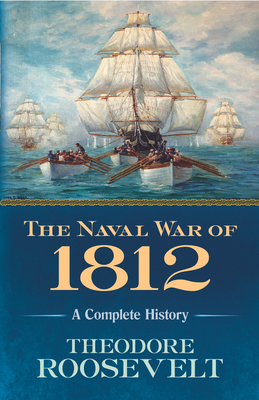 Although only 23 years old at the time of publication, Theodore Roosevelt made his mark as a military scholar with this detailed analysis of naval combat between the United States and Great Britain from 1812-15. Engagingly written and comprehensively researched, The Naval War of 1812 exercised considerable influence on the formation of the modern American Navy and remains a cornerstone work in its field.
Drawing upon official documents, letters, and histories, Roosevelt portrays the political and social atmosphere in the United States and Great Britain prior to the war, taking particular note of America's unpreparedness. He then presents a balanced year-by-year chronicle of the war's progression on the Atlantic Ocean and the American lakes. Unlike prior histories, Roosevelt's account offers impartial assessments of the relative strengths and weaknesses of both sides. Four years after publication, the U.S. Navy ordered that a copy be placed on every ship, and it remains standard reading at the Naval Academy. The book contributed to Roosevelt's appointment as Assistant Secretary of the Navy and his role in the navy's development and modernization, resulting in a significant step toward America's rise as a world power.

The 26th President of the United States, Theodore Roosevelt (1858-1919) served as Chief Executive from 1901 to 1909. Awarded the Nobel Prize in 1906 for his mediation of the Russo-Japanese War, Roosevelt was the author of 35 books. His birthday was designated as Navy Day in honor of this longstanding interest in the U.S. Navy.