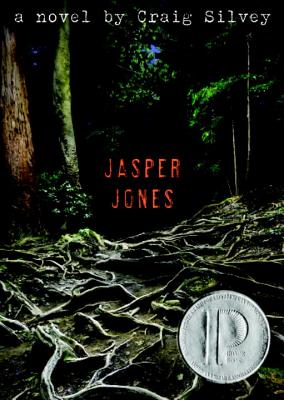 By Craig Silvey
Email or call for price
Hard to Find

A 2012 Michael L. Printz Honor Book
Charlie Bucktin, a bookish thirteen year old, is startled one summer night by an urgent knock on his bedroom window. His visitor is Jasper Jones, an outcast in their small mining town, and he has come to ask for Charlie's help. Terribly afraid but desperate to impress, Charlie follows him into the night.
Jasper takes him to his secret glade, where Charlie witnesses Jasper's horrible discovery. With his secret like a brick in his belly, Charlie is pushed and pulled by a town closing in on itself in fear and suspicion. He locks horns with his tempestuous mother, falls nervously in love, and battles to keep a lid on his zealous best friend. In the simmering summer where everything changes, Charlie learns why the truth of things is so hard to know, and even harder to hold in his heart.

CRAIG SILVEY wrote his first novel, Rhubarb, at the age of 19. It became a bestseller and was chosen as the -One Book- for the Perth International Writers Festival. Craig is the singer/songwriter for the band The Nancy Sikes! and lives in Fremantle, Australia.

Starred Review, Kirkus Reviews, March 15, 2011:
"The author’s keen ear for dialogue is evident in the humorous verbal sparring between Charlie and Jeffrey, typical of smart 13-year-old boys...A richly rewarding exploration of truth and lies by a masterful storyteller."

Starred Review, The Horn Book Magazine, May/June 2011:
"The mood and atmosphere of the 1960s small-town Australian setting is perfectly realized—suspenseful, menacing, and claustrophobic—with issues of race and class boiling just below the surface."

Starred Review, School Library Journal, June 2011:
"Silvey is a master of wit and words, spinning a coming-of-age tale told through the mind of a young Holden Caulfield."