The Riddle of Vagueness (Hardcover) 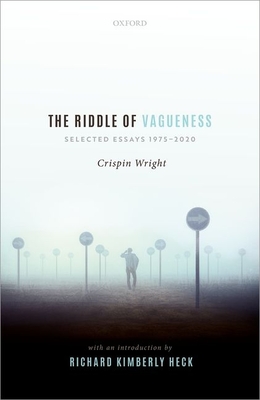 It was well known to the Greeks that the phenomenon of vagueness in natural language gives rise to hard problems and paradoxes, yet more than two millennia passed before Philosophy began to pay any degree of concerted attention to the challenges of vagueness to match the effort expended, for
example, on the Liar paradox and its kin. This situation changed dramatically in the last quarter of the twentieth century, when the Sorites paradox in particular began to provoke a dramatic intensification of research and publication. Crispin Wright has been in the international vanguard of the
resulting modern debates that have attracted some of the most distinguished contemporary philosophers of logic and language. The Riddle of Vagueness collects together fourteen of Wright's highly influential publications in this field. The chapters together encompass almost half a century of evolving
thought on the central problems and challenges which vagueness poses: what exactly is vagueness, what does its pervasiveness in natural language show about the nature of language mastery, is it desirable to modify classical logic and semantics in the face of the Sorites and, if so, what form should
the modifications take? Richard Kimberly Heck contributes a substantial introduction to the volume, providing an invaluable summary of these fundamental issues, and an overview and evaluation in depth of the evolving course of Wright's ideas about them.