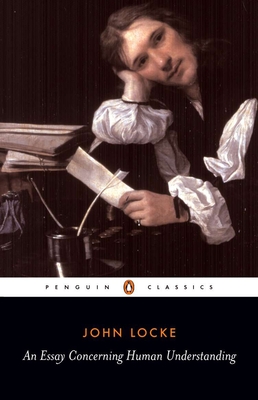 In An Essay Concerning Human Understanding, first published in 1690, John Locke (1632-1704) provides a complete account of how we acquire everyday, mathematical, natural scientific, religious and ethical knowledge. Rejecting the theory that some knowledge is innate in us, Locke argues that it derives from sense perceptions and experience, as analysed and developed by reason. While defending these central claims with vigorous common sense, Locke offers many incidental - and highly influential - reflections on space and time, meaning, free will and personal identity. The result is a powerful, pioneering work, which, together with Descartes's works, largely set the agenda for modern philosophy.

For more than seventy years, Penguin has been the leading publisher of classic literature in the English-speaking world. With more than 1,700 titles, Penguin Classics represents a global bookshelf of the best works throughout history and across genres and disciplines. Readers trust the series to provide authoritative texts enhanced by introductions and notes by distinguished scholars and contemporary authors, as well as up-to-date translations by award-winning translators.

John Locke (1632-1704) was educated at Christ Church, Oxford and held various academic posts at that university, lecturing on Greek and rhetoric. However, his interests lay in medicine and the new experimental sciences and in 1667 he became personal physician to the Earl of Shaftesbury. Under the influence of Shaftesbury, Locke developed his ideas on politics, property, trade, monarchy and the mind. Shaftesbury became a bitter opponent of Charles II and was involved in the plot of 1683. This forced Locke to flee in exile to Holland, but he returned after 1688 and began to publish his most famous works. He wrote also on ethology, education, and in defense of religious tolerance, while founding the analytic philosophy of the mind.