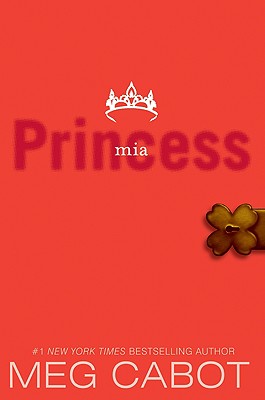 This is book number 9 in the Princess Diaries series.

Mia has been invited to speak at a gala for Domina Rei, an elite society of powerful businesswomen. But what could she possibly have to say? Michael has broken up with her, her bff Lilly won't speak to her, and her parents are forcing her to see a therapist. Even J.P.'s efforts to cheer Mia up (he's being really sweet!) aren't helping.

Just when things couldn't get worse, Mia discovers a long—forgotten diary of a teenage princess of Genovia. It could be just the inspiration Mia needs to write her speech—but what it reveals might change everything.

Princess Mia is the ninth book in the beloved, bestselling series that inspired the feature film starring Anne Hathaway and Julie Andrews. Beautifully repackaged in paperback, this title will appeal to new readers as well as fans looking to update their collection.